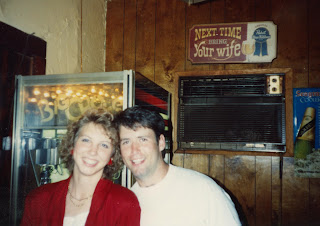 Even though I’ve known it has been April 20th all day long, it hit me a little while ago really what this day is! Eighteen years ago today I “noticed” Bill, and thought “that guy is handsome!” I had met him almost six months prior in the same…I hate to admit it…in the same bar that I was in on this date in 1991. Our hometown bar is a typical small-town bar, at least it was back then, where everyone seems to know everyone. I can’t tell you the last time I was there. Anyway, I’ll have to share in another post sometime how Bill and I met in this bar back in October of 1990. It’s quite comical! 🙂

Tina’s brother Jeff married Jenny on this day in 1991, and I sang for their wedding. Tina and I ended up at the bar after the reception and dance were over. I went to the wedding alone…no man in my life at the time, which I was okay with. No man in my life until my eyes caught a glimpse of this very nice-looking guy across the room, dressed in a white and black stri 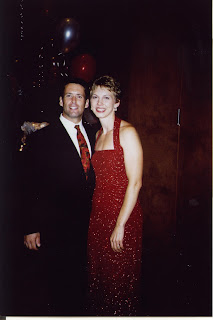 ped shirt with black jeans. I remember it as if it was yesterday! 🙂

Love at first sight? I think so! We went on our first date on May 11, he asked me to marry him on June 28, and he “officially” proposed to me on one knee with ring in hand on July 28 of that year…a little over three months after “noticing” him in that bar. We were married August 8, 1992. Who would’ve thought?
Eighteen years ago…these pictures take me back. The one up above was taken in June of 1991, and the one where we are dressed up is taken at our Mary Kay Seminar in 2001, I believe. Wow! A few of my hairstyle changes, and a few more gray hairs later…and here we are! 🙂
Happy Anniversary Billy L! I love you! 🙂
◀Previous Post
Next Post▶ 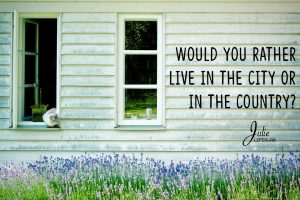 END_OF_DOCUMENT_TOKEN_TO_BE_REPLACED

Life is an Adventure