Following up to yesterday’s post, Pinky The Pony, I hope those who needed some encouragement in parenting and influencing those younger than us, found some in that post.

What I neglected to write, but added to the post a little later, is that we don’t have to be a parent to make a positive difference in a younger person’s life. Personally, our children have many people who aren’t their parents, making a great impact in their lives. And I, being their mom, am very grateful for those special people.

I admit, however, that there have been times when I messed up as a parent. More times than I care to admit here. When we become parents, we don’t get a guide or a handbook to follow. At least Bill and I didn’t get one! Maybe a guide would have helped me not to mess up at the times I did. Maybe not. But the memories of those times and instances still prick my heart. Maybe you can recall some of those times you feel like you messed up in your parenting or mentoring. You’re not alone. We’ve all done it.

I remember a time when I completely lost it and blew up at Alissa. I was so upset at her behavior. I yelled at her at the top of my lungs for what seemed like five minutes. After it was over, and after I cooled down, I became so convicted of how I acted, and I knew God was showing me how wrong I was in treating her that way. I could have just went on and brushed the whole situation aside, but I knew that would be wrong too. I asked God to forgive me and to help me know what to do next to fix what I did. I went to Alissa and apologized to her, saying that even though I was upset with her behavior, I was wrong in yelling like I did. I didn’t handle the situation in the way I should have. We both shed tears over it, she forgave me, and I never ever allowed myself to do that again.

But I still remember it. And I have forgiven myself for it too.

When we mess up with our kids (or with another young person), and they see us humbling ourselves and owning up to that mess up and apologizing for it, that teaches them the right way to handle situations like that in their future. It also allows them to see that we are “real” people who aren’t perfect. They’ll be able to relate to us a little better knowing we don’t have it all together either.

Then we need to forgive ourselves (after asking God to forgive us too), then move on and in God’s grace, act differently the next time.

You’re making a difference in your children’s (and other’s) lives–even if you do mess up every now and then. Keep up the great work! 🙂 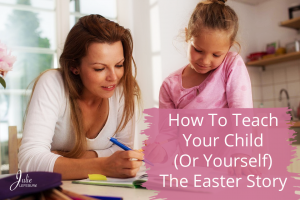 How To Teach Your Child (Or Yourself) The Easter Story

END_OF_DOCUMENT_TOKEN_TO_BE_REPLACED 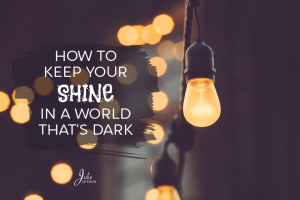 How To Keep Your Shine In A World That’s Dark

END_OF_DOCUMENT_TOKEN_TO_BE_REPLACED 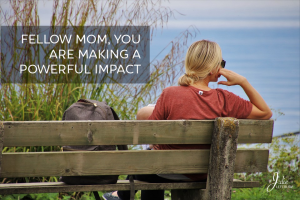 Fellow Mom, You Are Making A Powerful Impact