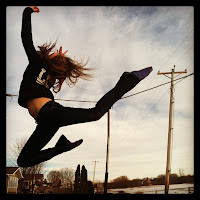 A couple weeks ago I was at a location where there were lots of people in the same place. Many were women. Some I knew and some I didn’t. During my time there, I couldn’t help but notice some interesting behavior displayed by some of these women, and I began to really analyze what I saw.

I guess what caught my eye first was a woman who was looking at another woman, and as she was, her eyes started focusing at the top of the other woman’s head and then traveled all the way down her body to her feet. I’ve heard this called before “looking someone up and down.” It was so obvious to me. I guess that’s why it caught my eye. The woman who was the recipient of “the look” seemed oblivious to what was going on, and had no idea she was being looked at in that way. Throughout the day I paid a little more attention and actually saw many women doing the same kind of thing.

It seemed to me as if these women were looking at the others in a form of judgment and/or comparison… either looking down on the other or in envy at the other.

As I’ve mentioned in previous posts, my least favorite part of my body is my legs. I will never have the legs of my dreams, no matter how hard I try. When Faith Hill would come out before each Sunday night football game and sang the Sunday Night Football theme song, guess what I noticed first about her? Not her dress. Not her voice. Not her hair. I noticed her legs. And a twinge of envy would run through me each and every Sunday night. Darn…why do I let myself do that?

I don’t think I’m the only one that has done that recently, and my experience a couple weeks ago confirmed my thinking. Why do we do this to ourselves, friends?

“You made my whole being; you formed me in my mother’s body. I praise you because you made me in an amazing and wonderful way. What you have done is wonderful. I know this very well. You saw my bones being formed as I took shape in my mother’s body. When I was put together there, you saw my body as it was formed.All the days planned for me were written in your book before I was one day old.”

That tells me God made each one of us amazing and wonderful as He was forming us in our mother’s womb.

That tells me we are created in God’s very own image…not in some image of junk or a mistake, but in an image of excellence and a masterpiece! In HIS image!

After reading these two accounts, why on earth would we even want to compare ourselves with anyone else? God made us who we are. God made each of us special. We aren’t a copy-cat version of someone else. We are unique. A masterpiece of God’s creation! Instead of comparing ourselves, we need to embrace just how special each one of us is! And in doing so, we glorify God instead of dishonoring Him by acting like he made us to be junk.

Let’s look at ourselves in the ways God sees us…as His beautiful creation. The next time we are tempted to compare ourselves, I pray we are reminded how special and unique each one of us is. And may we celebrate that uniqueness–in ourselves and in everyone else!

Friend, you truly are a beautiful creation!

END_OF_DOCUMENT_TOKEN_TO_BE_REPLACED

Life Is Better (And More Fun) Lived With Enthusiasm