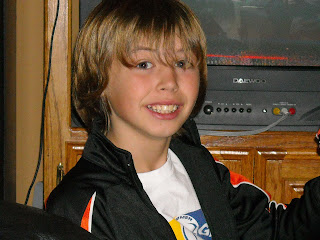 Today I’m taking the opportunity to brag about our son Zach. Last weekend we traveled to the Winter Iowa Games with his soccer team and it was so great to see Zach in action. He is sometimes called “The Zach Attack” or “Z Man!” He certainly was “The Zach Attack” last weekend! It’s fun to see him excel in something he loves so much…soccer.

But before I share about him and his talents in soccer, I want to share about the other things that make Zach special. First of all, his heart. He has a tender and loving, but courageous heart. I’m sometimes caught off-guard by some of the touching things he does. Out of the blue, Zac 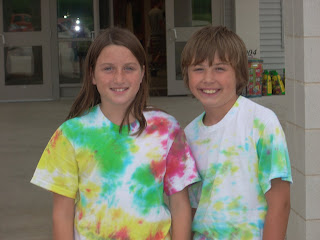 h will say things to me like, “You’re the best mom!” or “I love you mom!” I’m sometimes just walking by his room, or he’s busy playing on his Wii when he says those things to me. He melts me each and every time. He will still snuggle with me every now and then…which I cherish…and I love getting one his great hugs. Zach likes to please people, it it bothers him when he gets the feeling he’s let someone down. He likes to be friends with everyone, and I’ve rarely heard him ever say an unkind word about anyone.
Zach has a heart for God and for Jesus. I noticed the other day he has “Jesus Freak” as his text signature on his phone. 🙂 That made me smile. He listens to Christian music when he’s in his room, and sometimes I still hear him sing away to those songs while he’s in his room, just like 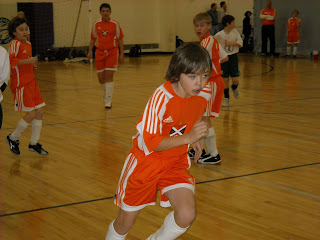 he used to when he was little. He has a love for animals. We’ve always had outside cats since we’ve lived here, and he’s taken it upon himself to be the one to feed them, play with them and love on them. We’ve had our share of cat/kitten deaths in the last few years, and it’s hard for me to watch Zach work through losing one of our pets. It really affects him. He loves those cats!
Zach has had the same “girlfriend” since 2nd grade…Cassidy. This is their 5th year as “boyfriend and girlfriend.” It’s fun to see them texting each other, and communicating as sixth graders do. I’ve enjoyed watching him treat Cassidy with the kindness and respect she deserves. He’s going to be a great husband some day! 🙂 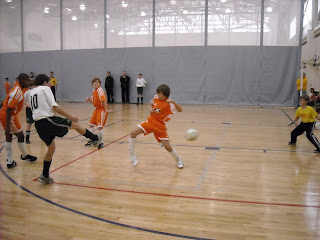 He loves his video games. Last year he saved up his money and bought himself a Wii. He creates amazing things with his Legos. I have a small Lego raft he made for me sitting on my desk that I get to enjoy every day! He’s learning to love playing the trumpet for band in school…he likes it, but doesn’t like to practice or go to his lessons. He’s a very talented artist (both of our kids got their artistic ability from their father!), and creates some of the most wonderful drawings! He applies himself in school and really works hard. We’ve been very proud of his accomplishments!
And back to soccer…I have to say he hustles the most, encourages the most and works the hardest on the soccer field/soccer court. He is one good soc 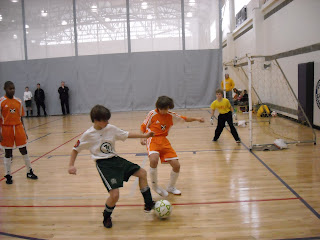 cer player! His ability to control the ball, and steal it from his opponents amazes me! He plays defender a lot in the games, but in one of the games last weekend he was put in as forward. During that game he scored a goal for his team! That was his goal for the weekend, and he did it! That was huge for him! (You should have seen his mom…I caught myself jumping up and down on the sidelines, clapping and yelling as if he had won the World Cup! He would have been completely embarrassed if he would have noticed me!) Even the coaches commented on his effort, skills, and great attitude on the court for the entire weekend. He lived up to his name…”Zach Attack.”
I am so proud of this young man of God. God is growing him up to do a special work for Him…I just know it. I don’t know what it will be, as only God knows that right now. I feel very blessed and am so thankful to have Zach as my son. I used to call him my “Snuggle Buggle” when he was little. “Zach Attack” is much more preferred by him as a nickname, I’m sure, but to me he will always be my “Snuggle Buggle.”
◀Previous Post
Next Post▶