The Little Girl Who Wasn’t A Coincidence

Was Saturday morning’s bike ride a coincidence? This is one ride I might not ever forget. But just in case, I’m sharing it here to have it documented if ever my memory fails me. I shared the short version on my personal Facebook account Saturday afternoon.

I continue to be in awe of how God works.

And, when He chooses to work through imperfect people like me, well, that just dumbfounds this Iowa girl.

My husband and I have been tandem bicycling fools as of late as we’re training for this year’s annual week-long RAGBRAI bicycle ride which takes us across the state of Iowa the last full week of July. We typically train on trails. After Bill was hit on his bicycle by a car in 2013, we rarely venture out on roads.

But, as we started out on Saturday morning’s training ride, later than we had planned by the way, we at the last minute decided to change our route. We decided instead to follow the route of an in-progress organized ride. It’s not a normal route we would ever take, but we felt compelled to do it.

To us, routes are important.

This route took us by the road that leads to our home and straight into my hometown. That’s fun in itself! As we crossed the railroad tracks and continued toward the west end of town (where my father’s mechanic garage used to be) we noticed a dog darting across the road up ahead of us. It’s strange to see a dog on the loose these days. But, what we saw next I wasn’t prepared for. It was the horrifying sight of a little girl running next to the road. A pickup truck coming into town came to a stop, probably just in case she would dart across the road, too. 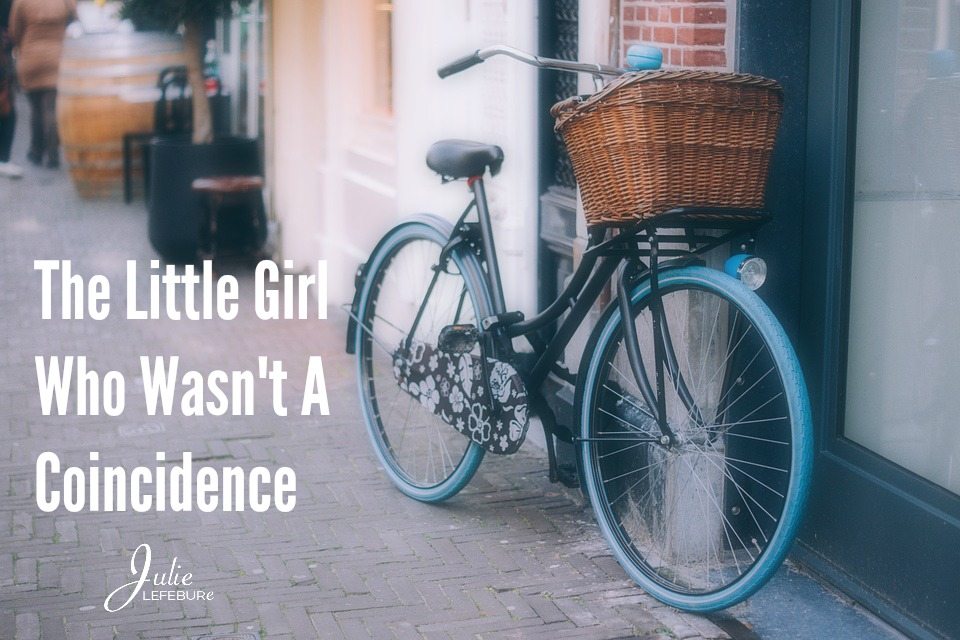 I asked out loud, “What’s that little girl doing?” Bill, not knowing himself what was going on responded with, “I don’t know.” As we got closer we could see this little girl visibly upset and crying. Her little legs were moving as fast as they could toward us as we pulled off to the side. She was crying so hard she could barely talk between the heavy sobs.

She couldn’t have been more than four years old. Still in her pink pajamas and mismatched slippers, her blonde bedhead and tired eyes indicated she probably hadn’t been awake all too long. Her panic-filled words were hard to understand, but after many questions we were finally able to piece together the situation. She lost her way as she attempted to rescue her lost dog. She had no idea where her home was.

I guess I would be panicked, too.

Losing my dog and losing myself at four years old. On a Saturday morning where the businesses are closed in our hometown. We continued to talk with her and reassure her everything was going to be okay and we would find her dog, Blue.

What choked me up the most, however, was watching and hearing my husband console her. He asked her name and told her ours. He asked her what color her house was. Bill smiled his sweet smile as he asked if her mom or dad were home. I stood there by our bike in awe of the man I married. He had a way in reaching the heart of this little girl. With each answer her breathing became less labored and her sobs softened.

We turned to walk with her in the direction she pointed us to from where she came, hoping to find her home. We continued to talk as we walked. Surprisingly, a few minutes later, a dog, a Blue Heeler, ran from behind us as her mother, carrying a dog leash, was walking toward us from up ahead. The mother thanked us and we thanked God.

Oh, thank you, God. Thank you for rescuing this little girl. I think it took both of us a moment to compose ourselves before we got back on the bike.

Was this a coincidence?

Was being there at that specific moment just a coincidence? Did this all just happen by chance? No way. God had ordained this incident, and we knew it. God had us right where He wanted us. We knew that, too. If we would have started biking at the time we intended, we would have missed that girl. If we would have went on the original route we planned, we never would have happened upon her. Without a doubt, God prompted us to go at that time, in that direction.

And we were given the opportunity to be used by the One who created us. That just about drops me to my knees in awe. (We’ll talk more about this soon in coming posts.) In the meantime, I’m reliving and retelling and rejoicing in this real-life, non-coincidence story.

Thanks for allowing me to retell it to you. Have a blessed, non-coincidence day! 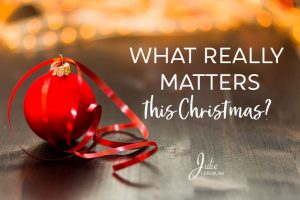 What Really Matters This Christmas?

END_OF_DOCUMENT_TOKEN_TO_BE_REPLACED 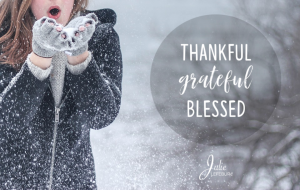 Showing Up Thankful, Grateful, And Blessed

END_OF_DOCUMENT_TOKEN_TO_BE_REPLACED 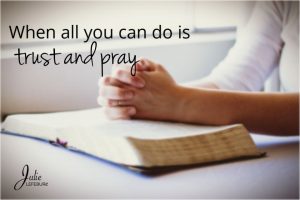 When All You Can Do Is Trust And Pray