The Difference Between Being Alive And Living Fully Alive

But, for most of us who have healthy lungs, this breathing in and breathing out thing is simple. God designed our bodies to draw in oxygen (breathe clean air in), and exhale carbon dioxide (breathe toxic air out). You know? It doesn’t take much effort for most of us, so it’s no wonder some of us may have simply settled in doing just that in this life.

Breathing in and breathing out.

Staring at our phones, breathing in and breathing out.

Binge watching on Netflix, breathing in and breathing out.

Punching in at work and punching out, breathing in and breathing out.

Staying in our comfortable routines, breathing in and breathing out.

Doing just what we need to do to keep our bodies alive, breathing in and breathing out.

Yes, we are alive. But, are we fully alive?

There’s a difference, you know.

Being alive is comfortable. It’s predictable. It’s routine. And, it most often doesn’t take much effort.

Instead of just breathing in and out, living fully alive can cause moments that take breath away. Those amazing, full of wonder, memory-making moments.

Living fully alive is what we do with our breaths.

It’s being present in the moment. It’s appreciating the good as well as the bad, because to be fully alive is to experience both. It’s in the good that we celebrate and in the not-so-good that we grow.

Living fully alive is when your cheeks hurt from smiling and your sides ache from laughing. It’s causing the ends of someone else’s frown to turn upwards.

It’s finding hope in the pain and comfort in loss. Loving even though we risk getting hurt. Being open to trying something new.

Living fully alive is learning from our mistakes and picking ourselves back up to try again. It’s giving ourselves permission to fail and fall, but to not stay there.

It’s living to serve God and others as we remove the focus from ourselves.

It’s in coming to grips with the truth there’s more to life that what we see on this earth yet understanding how we live in this life matters in the next. Living fully alive embraces the truth of Jesus, knowing where we are headed is beyond anything we can ever imagine.

It’s about letting go of the goal of comfort to exchange it for the adventure of life.

For some time, my heart has been known to beat to its own drum. My doc determined a cardio ablation would likely fix my issues, so early on a Monday morning in November, my husband and I arrived at the hospital, ready to put my strange heart rate behind me.

But I was nervous. I was apprehensive about something going wrong. Bill asked me, “What’s the worst thing that could happen?” I answered, “I could die.” He responded wisely, “You know where you’re going at the end of your life, so you win either way.”

True. But I wasn’t ready to die yet. I still had so much left on my bucket list!

And, in those early morning hours I realized I had, in a way, somehow stopped living fully alive. It happened gradually and subtly, and it was masked with the busyness of life. I didn’t recognize how I slipped into just surviving. Just getting through the day. Living for the weekend. Just trying to remain comfortable.

Just getting by isn’t any way to live.

Living for the weekend misses five incredible days of the week. Remaining comfortable doesn’t glorify God. My desire to live fully alive overwhelmed my soul as they prepped me for my ablation.

I woke up in pain sometime through the procedure. To my left was a big screen and I watched the rhythm strip of my heart. I was glad to see the lines go up and down (I knew I was still alive!), but I thought the pain coming from my heart was going to be the thing that killed me. Tears began to form and stream down my face. The anesthesiologist wiped my tears, and the next thing I knew I woke up a couple hours later.

My electrophysiologist said my procedure went well, but I might need an additional procedure in the future. But, I’m thankful God used this experience to wake me up to the reality there’s more to life than what I was living.

I don’t want to just be alive. I want to be fully alive.

For the next four days we’re going to look at four ways to live fully alive… live authentic, live open, live fearless, live uncomfortable. I invite you back as we dive into each one individually in the days to come.

In the meantime, ask yourself, am I just breathing in and breathing out? Have I slipped into just getting by?

Am I just breathing in and breathing out? Have I slipped into just getting by?
Click To Tweet

Thanks for joining me today. May God bless you as you live fully alive!

This material is a continuation from yesterday’s post and was originally presented at our Bring Your Own Bible and Beverage event, Fully Alive. Find out more about BYOB and B here. 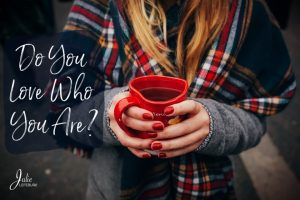 Question For Today: Do You Love Who You Are?

END_OF_DOCUMENT_TOKEN_TO_BE_REPLACED 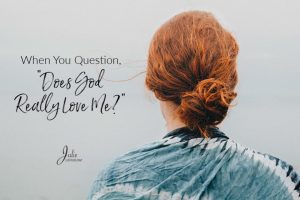 When You Question, “Does God Really Love Me?”

END_OF_DOCUMENT_TOKEN_TO_BE_REPLACED 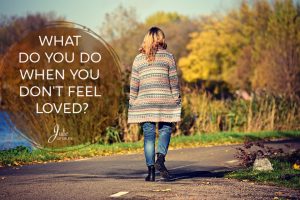 What Do You Do When You Don’t Feel Loved?