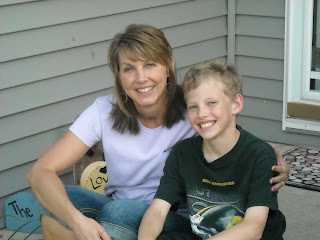 I love my nieces and nephews.  In March, I decided I wanted to have the opportunity to spend more one-on-one time with each of them.  I thought it would be a great idea to take each of them out for dinner for their birthday.  I got the idea from Pastor Barb…she does the same for her grandchildren.  I started with my 11 year old nephew Patrick tonight.  His birthday was in April.

My sister-in-law, Stacie brought Patrick to Mission of Hope late this afternoon.  After my day was finished at the Mission, we got Zach to his soccer practice, and were making our way to Carlos O’Kellys…the restaurant he chose earlier last week.  On the way there, however, Patrick thought maybe Culver’s sounded better…especially their cheese curds. 🙂  I couldn’t have agreed more!  So we ended up at Culver’s.  Patrick had a grilled cheese sandwich, cheese curds of course, and a Mountain Dew.  I had a grilled chicken sandwich, cheese curds and a coffee.  We enjoyed dinner in a small booth for two. 🙂

After dinner as we worked our way back to home, we listened to country music.  His favorite country star is Brad Paisley, and we heard a song from him come on which also featured one of my favorites from childhood…the band Alabama.  He had never heard of Alabama before. 🙂  The next that song came on was from Kenny Chesney, which talked about a “farmer’s tan.”  I was able to explain what a farmer’s tan was. 🙂  (I told him Uncle Steve usually has one…after all, he is a farmer!)

My time with Patrick was wonderful!  I know he blessed me more than I blessed him.  I pray that God grows Patrick up to be a man who follows God’s plans for his life and who lives for and loves God. I pray that God protects him and blesses him all the days of his life!  And I look forward to our dinner out next year!