Bragging on My Zach 🙂 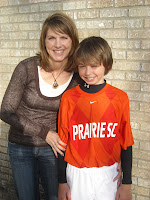 Today I am bragging on our son Zach. I am so very proud of him. He is one amazing young man, and I feel so honored to be his mom!

He is in 7th grade this year, and is doing so well in school. He has always carried straight A’s in school, and this year is no exception so far. He works hard at school and in everything else he does. I know that effort will continue to pay off for him the rest of his life!

He plays the trumpet in band and sings in the Men’s Choir at school. They had their first choir concert of the year last week, and it was a wonderful experience for him, and a joy for us to watch him perform! As long as I can remember, Zach has been a singer. He used to sing Bible songs and songs he’d hear on the radio as he was in his room playing with his cars or Legos…even as a toddler! 🙂 That used to bring such a smile to my face…hearing him singing in his room as a little boy!

He has a heart for animals, especially for our outside cats. He feeds them every morning and usually makes time throughout his day to go outside and give them his attention. I can tell he is their favorite!

He is always kind, always cares for others’ feelings, and wants to make sure everything and everyone is ok. He told me last month about of one of his friends at school who used to swear a lot. Zach ask this boy to “watch his language” or to “stop talking like that.” After a few weeks of that, this boy told Zach that Zach influenced him to quit swearing! Wow! Zach told me just yesterday that this boy is now going to church! Zach is certainly influencing others in a very positive way!

Zach’s love is soccer. He has played it since Kindergarten. His ball handling skills are incredible! He can move the ball down the field, even with an opponet pressuring him with different movements of the ball. I am so amazed at watching him play, this year especially! The thing that impresses me the most though, is how he is a great team player and hearing how he encourages his teammates out on the field! He is a true leader on his team! His team played their last game of the fall season on Sunday. He played awesome! (pictures are below)

He also tried football this year for the first time, and found his favorite position on the team…the punter! Imagine that…kicking the ball. 🙂 He played very well, and it was so fun to see him in his helmet and football jersey!

Zach also has a heart for God. He knows which athletes are Christians and always points them out to me. He became a Christian at such a young age, so he really knows nothing different than having Jesus as part of his life. I feel that God has a special calling on his life, and I can’t wait to see where He takes Zach and what He has for him!

It melts me when Zach leans into me for a hug, and that he still likes to have his back scratched from his mom. 🙂 I cherish special times like these with him…he’s growing up so quickly! I am so proud of my Z-Man! I am blessed to have him for my son! 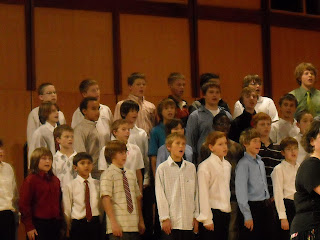 Zach sings in the Men’s Choir (bring blue short-sleeved shirt), next to his buddy, Alex. 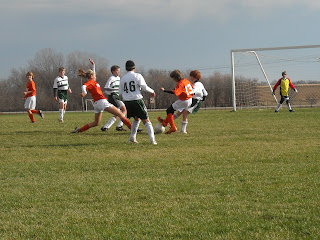 Zach and Mackenzie go for the ball. 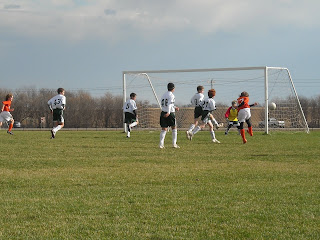 Zach aims for the goal! 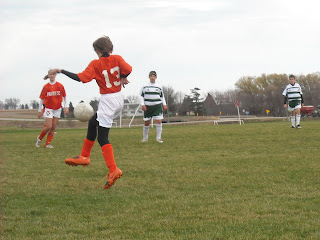 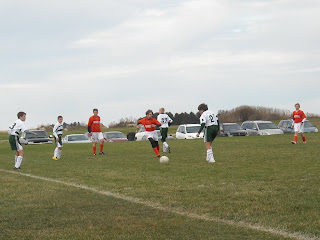 Going for the ball… 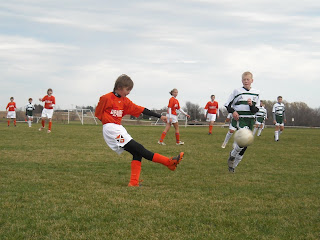