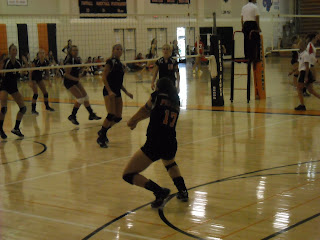 Last night was the official kick off of Ali’s volleyball season as she and her team had their first game (actually a tournament) at school. 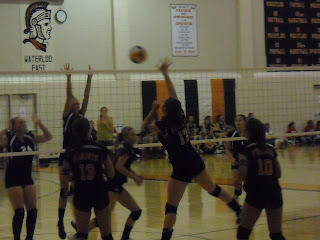 Do I have permission to brag up my Ali-girl?  Well, I’m going to… 🙂 Call me partial, biased or prejudiced, but I have to say I was “wowed” at Ali’s performance!  She was unstoppable!  She was strong at the net, had powerful hits, her serving was awesome, and her back row digs were stronger and more precise than I’ve ever seen.  Her effort, energy and attitude through all the games spoke more to me than anything! 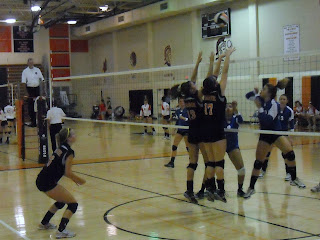 Her team played almost non-stop for four hours!  They had to be tired after a long day at school, but Ali didn’t show it.  She “left everything out on the court,” as we call it, and gave her best effort.  That’s all I’ve ever asked our children in all they do…to give their best and allow God to do His part.  Both Ali and God did their part last night. 🙂 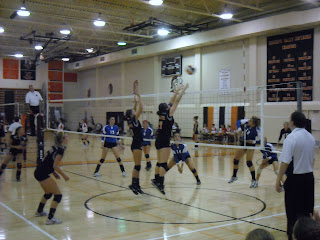 Ali’s Mamma is so proud of her, and is looking forward to this year’s volleyball season!  Go #17!! 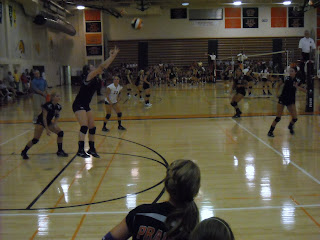