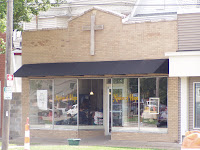 My best friend Tina called me this morning to share the great news of how Mission of Hope and it’s patrons were blessed yesterday by a man who generously gave. What an example of showing God’s love to others! This article was in our local paper which tells the story!

Man hands out cash at C.R. Mission of Hope
By Kristina Andino
The Gazette

CEDAR RAPIDS — A stranger walked into the Mission of Hope on First Avenue and started handing out cash Friday.

“Most people were completely astonished,” said Tom Asby, a staff member of the mission and church. “He just walked in and pulled out cash, a money clip, out of his pocket. He peeled off $500 and handed it to me.” That was for Mission of Hope programs, the man called later to tell Asby.

Then he turned around and started handing out $50 bills to anyone he saw, totaling $800. He returned to Asby, giving him another $200 to distribute.

Before the generous man arrived, most recipients had been volunteering to put away donated food, canned goods and clothes.

“Most of us that come here or live here, we’re pretty much all in between houses or apartments or don’t have jobs,” said Wilfred Adams, 49, who lives in the Mission of Hope shelter. Adams lived in the downtown area during the floods. He and others donate their time to give back for what they receive in shelter, food or comforts. Adams said the man came up to him, handed him $50 and said, “This is an offering, plain and simple.” “That was a majorly unexpected surprise,” said Adams. “We’re all volunteers here. We don’t expect to get paid. We don’t expect anything but kindness and that people will have a resource they can use when they need it.”

Angela Jones, 32, of Cedar Rapids, does not live in the mission shelter but is having trouble finding a job. She is a single woman with five children ranging from 3 to 14 years old. “I actually hugged the guy. I told him, ‘Thank you very much, because it’s been a real struggle.’ I’ve been struggling. It was just a blessing that he came through the door. I’ve never seen somebody just open their heart like that and just be so generous.”

The man came back from the door a few times, after seeing another person inside who had not received anything, she said. Jones knew how she wanted to spend her unexpected cash gift: getting to Fort Dodge on Sunday to visit her 10-year-old son, Randy, who is in Rabiner Residential Treatment Center. She was surprised by the man’s generosity in these hard times.

“He just seemed full of spirit. You could just see it in his eyes,” said Jones. “It was like he just glowed.” 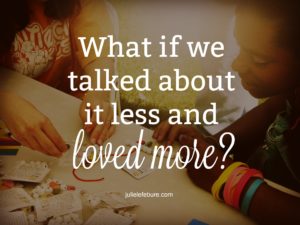 What If We Talked About It Less and Loved More?

END_OF_DOCUMENT_TOKEN_TO_BE_REPLACED 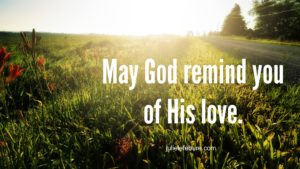 God’s Reminder Of His Love In The Produce Section

END_OF_DOCUMENT_TOKEN_TO_BE_REPLACED 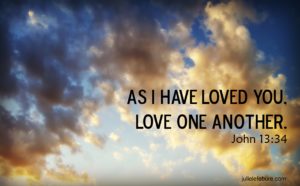 When We Fail To Love People