Spinach in the Shower!

We ended 2008 and began 2009 with some issues with our septic tank here at our home…not exactly something one wants to deal with when there’s plans to have a small New Year’s Eve gathering here.

About 3:00 p.m. yesterday, Bill spotted water in our basement, coming from our bathroom in the basement. The drain in the shower was backing up! We had used a lot of water yesterday showering, doing laundry, running the dishwasher, running the disposal, etc…the normal stuff. We weren’t sure how long this problem had been going on, but we seemed to catch it early.

I took a good look at the water that was in the bottom of the shower, and saw the strangest thing…there was spinach in our shower! Ugh! I had made my Spinach Artichoke Dip about an hour earlier, I rinsed the bowl out that had some small spinach leaves still in it and sent the spinach-filled water down the disposal. What went down the disposal, was now coming up in the shower…including those spinach leaves!

My heart sank when Bill told me after figuring out the problem that this wouldn’t be a “quick fix,” and that we would need to change our New Year’s plans. He and his brother would need to dig to the septic tank early this morning and pump it out. From that point on, we couldn’t let any more water go down any drain. Not fun!

So, we changed our plans, and instead of having the Herrings over here, we went to their temporary home of Tina’s mom’s (their home is not quite done yet from the flood this summer). We had fun ringing in the New Year with them…complete with a Wii bowling tournament and an American Idol contest! 🙂

So, Happy 2009! I pray your year is filled with all of God’s goodness and blessings! Yes, we still have spinach in the shower this morning, but as the guys are getting ready to dig and fix it, I’m thankful for God’s continued provision for our lives! I’ll keep you posted!

END_OF_DOCUMENT_TOKEN_TO_BE_REPLACED 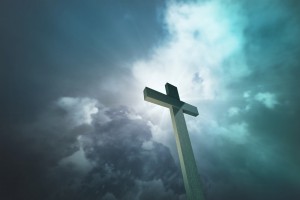 Trusting Him Through Stolen Things

END_OF_DOCUMENT_TOKEN_TO_BE_REPLACED 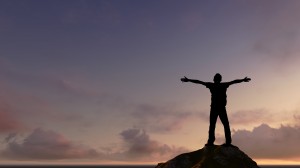 Giving it to God