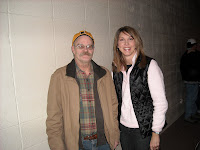 My heart has been a little heavy since Saturday. I missed a call from Pastor Barb Saturday afternoon. When I listened to the voicemail later, I wasn’t prepared for what I heard. She said our friend Steve from the Mission was in the VA Hospital with a brain tumor! WHAT??!! I couldn’t quite comprehend what I was hearing…I just saw Steve not that long ago…maybe a week ago. How could he have a brain tumor?? He had been there since last Tuesday and no one told me!!

My mind drifted back to 2004 when our family first met Steve at Mission of Hope. He was a friendly man, very kind to everyone and took a liking to Ali and Zach. He soon became a friend of our family. I remember one Easter we celebrated the holiday with an “impromptu” meal after church at our home with him and two other friends from the Mission. It was our family, my mom, Steve, Jeff and Rhonda. It was one of the most memorable Easters I’ve ever had.
Steve became very special to us. You see, Steve has struggled with a drug addition for years. The more time we spent with him, the more we were getting a glimpse into the “drug world.” It’s a world we knew nothing about. We were also seeing how addictive his “drug of choice” was.
Late spring/early summer of 2005 Steve went to Des Moines for drug treatment. He was in a rehabilitation facility for a period of time–I can’t quite recall how long. I remember the Sunday we went to go visit him there…what a joyful day…both for us and for Steve. The kids enjoyed that trip that day just as much as we did! That day was also a turning point for our family. Bill and I both felt that God was nudging us to offer our home to Steve to come and stay after he got out of treatment…in which he did.
So, the summer of 2005 was a transforming summer for us. Steve lived with us for three to four months that summer. My children got to witness first-hand the devastating affects drugs can have on one’s life by watching Steve. Steve would talk to them about staying away from drugs, alcohol, and etc. He was such a wonderful house guest! He would bring gifts home for us and for the kids. He even brought wood out one day for us to store for our fireplace for the winter! He never wanted to be a burden to us, and always wanted to help. Steve changed our lives that summer…we were able to love him and help him heal. What a gift that was!
Steve has continued to struggle with his addiction since then, but had been doing better recently. God used Steve in December to touch me by a book he thought Ali should read. He bought me a copy to read first, then to pass it on to Ali. My eyes were opened for our teens and the spiritual battle that goes on in their lives through this book. I continue to tell him how God used him to affect my life, simply with that book!
A few weeks ago Steve had a stroke. And many seizures followed days afterwards. But now, a brain tumor?
I went to see him Tuesday morning and also this morning in the hospital. He still had his great sense of humor, and was trying to keep a positive attitude. He told me this morning in tears that the doctors are saying there’s not much hope for him…they’ve found five tumors in his brain. He’ll have a brain biopsy on Tuesday which will tell them more. I encouraged him, reminding him that God is still in control and has the final say in Steve’s life. I know Steve’s salvation is secure in Jesus, and he’s mentioned a few times he’s not afraid of dying. Tears come to my eyes now as I can’t imagine our lives without him! Steve is proof to me of God’s faithfulness, God’s love and how God is a god of second chances!
Will you join me in praying for Steve? I am praying that the biopsy is successful on Tuesday, for wisdom for the doctors, for God’s love and peace to envelop Steve, and for God to completely heal Steve’s body! I am also praying that God will use me in the way He wants to for Steve. I will keep you posted!
◀Previous Post
Next Post▶

END_OF_DOCUMENT_TOKEN_TO_BE_REPLACED 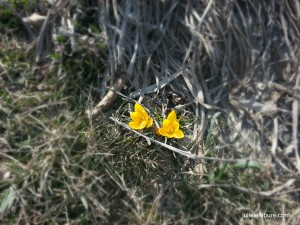