This week was Homecoming week at Ali and Zach’s school.  It’s hard for me to believe it’s Zach’s first Homecoming and Ali’s last!  The weather was beautiful all week…in the 70’s and 80’s.  That’s hard to believe for the first week of October!

Zach’s Homecoming dance was Thursday evening.  He took his friend Mariah.  They met for pictures at one of the girl’s home.  They looked so cute together!  My little boy isn’t so little anymore!  When we picked him up after the dance, he said he had a wonderful time and looked forward to seeing Mariah again. 🙂 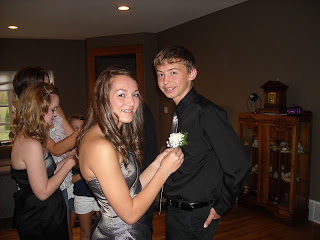 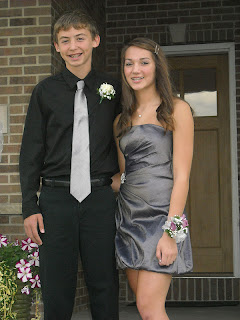 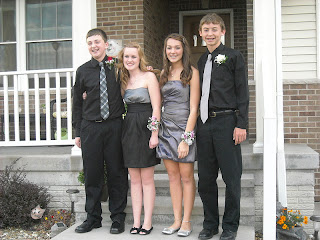 Friday was the Homecoming parade at school.  I took the afternoon off of work to be able to go.  It was a perfect sunshiney day!  Ali rode the volleyball float.  She looked so darn cute! 🙂 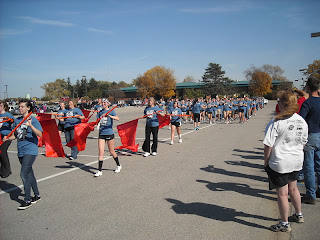 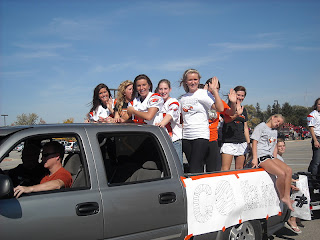 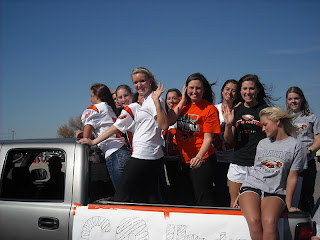 The Homecoming football game was Friday evening.  They won the game…the first win of the season!  Unfortunately, Ali came home with a fever after the game.  🙁

Last night was Ali’s Homecoming dance.  Even though both the instant care doctor that we visited earlier in the day and I suggested she stay home, she went anyway.  I can’t blame her though, for not wanting to miss her Senior year Homecoming dance.  She looked beautiful!  She took a boy from Jefferson who she met last year through show choir.  We took pictures, they went to dinner, then enjoyed the dance.  She left the dance an hour early because she again started to not feel well. 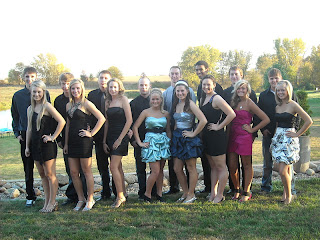 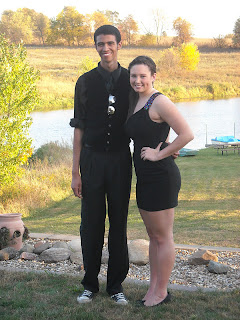 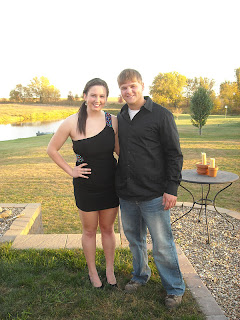 It was a memorable Homecoming week for both Ali and Zach!  I’m thankful they’ll have these memories for years to come! 🙂