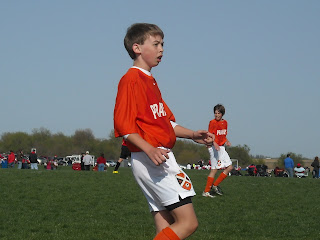 Zach had an appointment to get his hair cut on Friday.  As he was sitting in Tracy’s chair, deciding on how she should cut it, I was shocked to hear, “I want to go a lot shorter” come out of his mouth!  I think Tracy was as surprised as I was!

So in a matter of minutes, Zach went from a longer hair to much shorter hair.  He’s had longer hair for quite awhile now, so seeing him with a clean-cut haircut, is quite a change!  He looks SO handsome!  🙂
It was fun to hear some parents at his soccer tournament this weekend…”Zach has ears!”  “I’ve never seen Zach with that short of hair!”  (Seriously…they haven’t!)  “Nice haircut Zach!”
He sure looks like a different boy with short hair…I think he looks older, not that I want that to happen any quicker than it already is though!
His club soccer team had their first tournament this weekend.  It was fun to watch all of them play together again!  We’ll be attending soccer games every Sunday afternoon through May. Go #13! 🙂 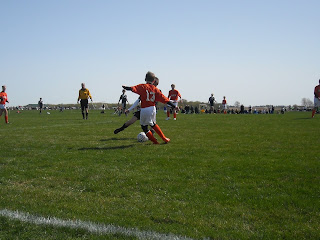 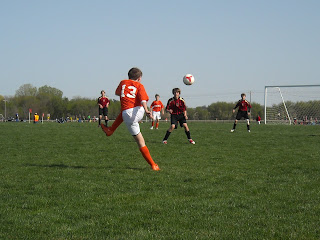 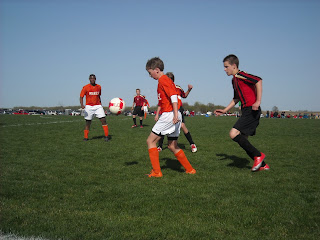