The Significance Of Joseph’s Actions – The Wonder Of Christmas

Today we look at the significance of Joseph in the Christmas story. Can you imagine being in his shoes that first Christmas? 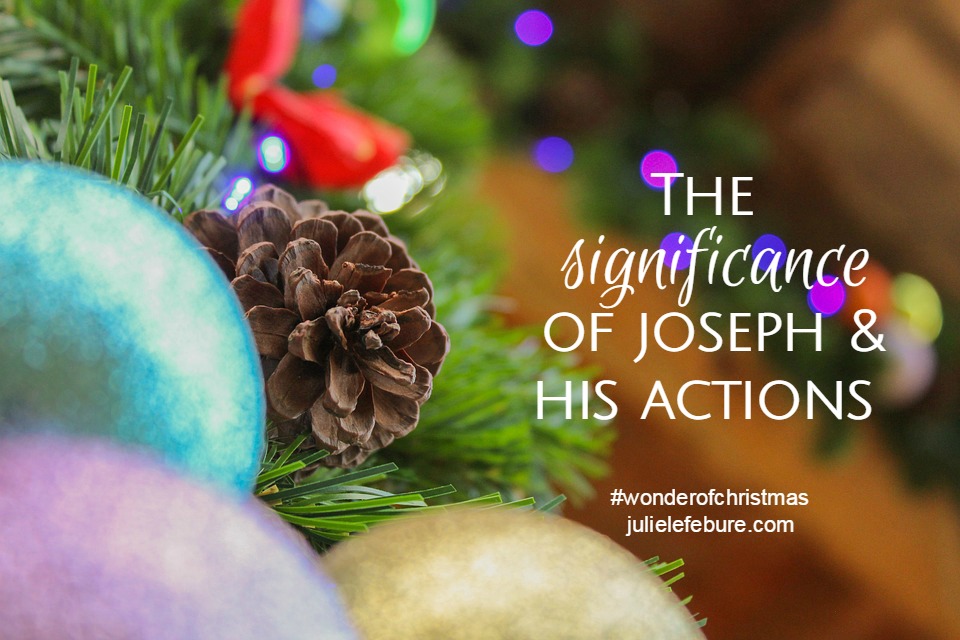 We don’t want to miss one thing God might have for us, right? It would be easy to read through this part of the story and miss the significance of it all. So we’re pausing here today to consider this simple carpenter and how God used him to impact the world so many years ago.

We don’t know much about Joseph.

He was a carpenter and a descendant from King David. I gather from reading scripture Joseph was a kind and gentle soul.

Scripture doesn’t fill in the blanks of Joseph’s thoughts and possible struggles. I could use more details. I wish I could peer into Joseph’s mind. We can imagine he thought Mary was unfaithful to him. Not only were his future plans broken, but it’s possible so was his heart.

Scripture doesn’t share those details, nor does it answer the questions we may ponder. But, what it does say is profound. Click here to read the full eight verses.

The appearance of the angel in Joseph’s dream caused him to change his direction. The angel stopped him from making the biggest mistake of his life. We read Joseph’s response. He, like Mary, didn’t argue. He didn’t ask questions. Joseph did what the angel told him to do. Even though I’m guessing it sounded absolutely crazy.

Can you imagine? Can you imagine the amount of faith and trust Joseph had in his God, and how utterly dependent he was on his Lord? To experience this angel of the Lord’s encounter would alone be quite amazing. But, then walking the journey of pregnancy with Mary, and taking her as his wife. All along Joseph trusted what the angel said to be true. Despite what the world around him did or said, he followed through on the angel’s words. His actions of obedience impacted the entire world.

Did he ever ponder the significance of his obedience?

Do we? Do we consider the significance of our actions? Could God be asking you or me to do what seems crazy? Is there a tugging on your heart toward something that consciously makes no sense? Are you facing a decision as your head tells you one thing and your heart tells you another?

What we do and how we live makes a difference. The decisions we make not only impact us, but they will like impact others. If God is asking us to do something, there’s a reason for it. I pray we do what Joseph did. I pray we’re not afraid to do the crazy if that’s what God is asking us to do. This Christmas season especially, may we be completely dependent on our God.

There’s much we can gain from Joseph and his part in the Christmas story. How can we apply it to our lives today?

Merry Christmas, my friend. Thank you for spending a few minutes with me today.

This post was adapted from its original form in the Rediscovering Christmas series. 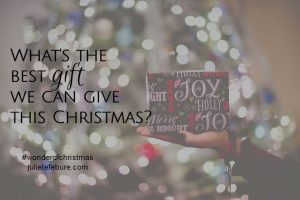 What’s The Best Gift We Can Give? – The Wonder of Christmas

END_OF_DOCUMENT_TOKEN_TO_BE_REPLACED 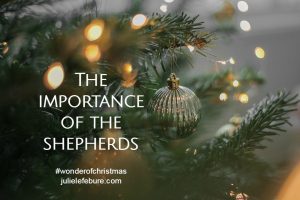 The Importance Of The Shepherds – The Wonder Of Christmas

END_OF_DOCUMENT_TOKEN_TO_BE_REPLACED 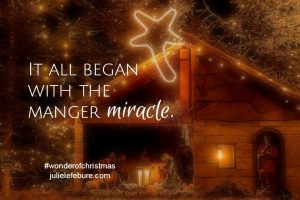 Rejoicing In The Manger Miracle – The Wonder of Christmas