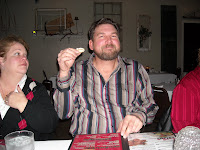 I grew up with three brothers. Maybe that had something to do with the fact that I was such a tom-boy growing up, and still am at heart. 🙂 Steve is my brother who is four years older than me. From first grade through part of fifth grade we lived next to some wonderful neighbors, who we as families did lots of things together. Their youngest son, Mitchell, as a toddler couldn’t say “Steve.” Instead Mitchell called Steve “P-9.” That name has stuck with him in our family ever since. That was probably 30 some years ago!

Steve (P-9) celebrated a birthday on Friday! I have some great growing up memories with Steve. We always had fun together, and even though I was his “little sister,” he never made me feel unwanted or unappreciated. I never remember him saying I was bugging him or in the way as a pesky little sister. 🙂 (I’m sure I was at times though!)
Steve spent many a day with me teaching me how to drive when I first got my driver’s permit. I can remember driving around on the gravel roads in this area (even on the exact road I live on now!) in his baby blue ’68 Galaxy 500 that was nicknamed “Howard.” That’s how Steve got the nickname “Howie.” He was patient with me, and taught me well! He even taught me how to drive a tractor…I remember that well…it was a John Deere and I drove it on a few streets in my home town! 🙂 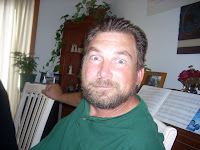 In high school I thought it was pretty cool when Steve became a bus driver for our school. Even though I never rode the bus because I lived in town, I would get to see him every day after school as he would wait in the front entry way of our school for the kids to load his bus. It was a highlight of each day for me! Come to think of it…I don’t think I ever let him know that though!
The day we used a junk car hood as a sled is a day I will remember FOREVER! It makes me laugh thinking of it now! My brother Pat and I (we were young adults at the time) had this bright idea to de-ice this junk car hood Steve had and tie it behind one of his tractors and use it as a sled one winter! We thought it was a great idea! Steve went along with us, helped us, and hooked it to his tractor. Pat and I were so excited to have some fun with this! We were all dressed in our winter snow gear and sat on the upside-down hood that was tied to Steve’s tractor. Steve took off through the snow…and in a matter of minutes we were being plastered with snow coming up over the hood! This was not the fun we were thinking it was going to be! Obviously the car hood was too heavy and made a TERRIBLE sled! We can certainly laugh about it now, but it was sure disappointing then! Steve has always been a good sport! 🙂 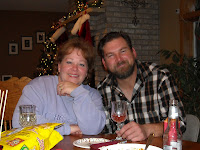 Steve is an amazing man, and I am honored and privileged to be his sister. His work ethic is incredible…he’s a farmer AND works at a local manufacturer about a mile away in the shipping/receiving department. He is a great father to Krysta, Matt and Adam, and grandfather to Mykenah, and is a wonderful husband to Kelly. I’m not sure how Kelly has put up with him for almost 20 years though! 🙂 They’ll celebrate their 20th anniversary in August!
Steve is funny, encouraging and makes me laugh. Each morning around 7:00 a.m. I’ll hear the rumblings of his blue pick up coming down the road as he’s headed to work. I’ll soon see him through my kitchen window drive by. Many days I call to wish him a great day and in some way, he’ll have me laughing. It’s a common comment for my family to hear come out of my mouth after talking with him, “Steve cracks me up!” And he does! He has some one-liners that catch me off-guard! He is so fun to talk to and be with!
I also appreciate Steve’s loyalty to his family. He’s always there for me and is always willing to lend a hand to whomever needs one. I can ALWAYS count on him! He is also so wise about so many things! It never fails, when I have an auto question, he can usually answer it! 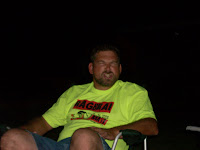 I wanted to honor my brother Steve today, even though his birthday was two days ago. I love him so very much, and I’m so glad he’s my big brother! I appreciate it so much when he tells me he loves me when we are ending many of our phone conversations! He has a very special place in my heart! I’m thankful that God created us to be brother and sister, and I thank God for Steve today! Thank you God for P-9! 🙂
◀Previous Post
Next Post▶