Friend, You Are Cherished

It was one of the most degrading days I can remember.

It was spring of my Sophomore high school year. I had just found out the boy I was “dating” deceived me, and I guess you could say, he “hooked up” with one of my best friends.

I didn’t realize it then, but much of my self-worth was tied up in that boy. And when I was informed by another of this incident, you can imagine how I felt… humiliated, grieved, disgraced, betrayed, worthless.

I had forgotten all about this experience until God reminded me of it earlier this week. It sucker-punched me again, like it did back then. Maybe not with as much force, but the pain was still unbelievably real.

Maybe this someone is you?

At 16 years old, that was my first taste of heartache. Real, horrendous, where-your-whole-body-hurts, and your-mind-is-going-to-explode kind of heartache. I was sick for days.

It’s no wonder trusting others became an issue for me.

These two had no idea the damage that resulted in my life from their actions. But they aren’t the only ones to blame. I allowed their actions to determine my value, to influence my self-esteem, to define who I was.

Could it be you’ve experienced similar pain? A similar situation? Maybe you weren’t 16, but you’re 42, and the hurt is greater than you’ve ever experienced in your life. You don’t know what to do first. Cry, fight, or flee. Someone else’s actions have caused you to question everything… you, your value, your life, your future.

Friend, may I remind you today, no matter what difficult thing you are walking through, no matter the actions of others,

Someone else may treat you differently, or tell you differently. But as God told the Israelites, allow His words to encourage your heart today as well:

Do this because you are a people set apart as holy to God, your God. God, your God, chose you out of all the people on earth for himself as a cherished, personal treasure. Deuteronomy 7:6

God was calling the Israelites to turn to Him and to no one else. He was reminding them how cherished and treasured they were.

He’s reminding you today how cherished you are, too.

I’ve long forgiven those two from my past. I see how God used that experience for good. He has a way of doing that, doesn’t He?! He used it to teach me, to strengthen me, to mold me into who I am today. It’s a part of my story, and He’s still using it years later to encourage others.

He’s using your story too.

Friend, you are special. You matter. You were intricately designed. God loves you and cherishes you.

Turn to Him today. Give Him your pain, your hurt, your struggles. Ask Him to help you deal with any wounds of the past. Seek His face to see who you are in His eyes. And thank Him for His never-ending love for you.

Live as the cherished one you are.

God is revealing much to me during these 31 Days of #CelebratingWhoYouAre. I pray He’s encouraging you! We’re on Day 9 already. Thank you for journeying alongside of me. I appreciate you! Linking this post with Susan Mead and Deb at Faith & Friends. (Photo credit: Taylor Furman) 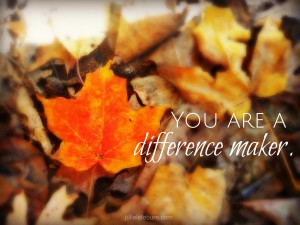 Friend, You Are A Difference Maker

END_OF_DOCUMENT_TOKEN_TO_BE_REPLACED 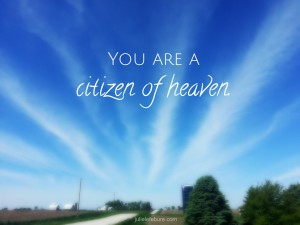 Friend, You Are A Citizen Of Heaven

END_OF_DOCUMENT_TOKEN_TO_BE_REPLACED 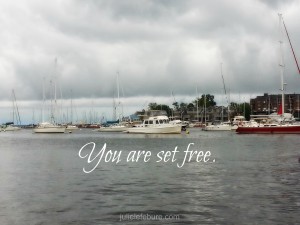 Friend, You Are Set Free