Really, The Crazy Cat Lady Does Not Live Here

Yeah, things were quickly getting out of hand over here.

Our back patio was a never-ending flurry of kitten activity… learning how to run, tackling one another, playful fights, chasing their tails, pouncing, jumping, playing hide-and-seek in my flower gardens. It was easy to spend the afternoon watching them be kittens as I moved my office outdoors.

I’ve always taken a liking to cats. I don’t know why, but I have. I know, some people hate them, and some are allergic to them. Some can’t stand the sight of them. But me? Ever since I can remember, I’ve liked cats, especially kittens. (Don’t get me wrong, I like dogs too. I’ll share my dog story another time.)

I knew the day was coming though.

The kittens grew, kind of like weeds grow. Fast. I knew sooner or later we would need to let some of these kittens go. I mean, seriously, how could we keep 24 cats around our home?? Not possible, not healthy for any of us, and certainly not realistic. And I really didn’t want to be considered the Crazy Cat Lady of Benton county.

But, just between you and me, a tiny part of me really wanted to keep them all. Because they were just so darn cute! And after all, they were my entertainment day after day after day. Plus, I had grown fond of each and every one of them.

Instead, however, I put on my big girl pants and took to Facebook. I named each kitten (big mistake), and with the help of my son, we took photos of each one. I wrote out a Facebook post offering free kittens, uploaded the photos, and clicked “post” before I could change my mind.

Within minutes my friends were responding.

They wanted kittens. MY kittens! No! But, yes! My head was saying this was good, but my heart was saying it wasn’t. My heart wanted me to take the post down. And now! But, I kept telling myself, the Crazy Cat Lady does not live here.

Little did I realize posting the kittens was nothing. It all became so very real when the first person came to pick up two kittens. I smiled on the outside, but on the inside I was a basket case. I was a complete mess. My stomach churned. My head pounded, and my heart sank. Handing the kittens off to someone else about did me in. I held my emotions tight until she drove off. A cascade of tears flowed.

Poor, Bill. I mean the poor guy didn’t know what to say to me, what to do with me, how to look at me. He tried his best and decided the best thing to do was just hug me. (Good choice.)

This continued each time someone came to pick up a kitten or two.

My heart would tear, tears would flow, Bill would hug.

It was especially difficult the other night when I said goodbye to George and Shadow. (Why did I name them?? I now know to never name something you’re attached to. That just makes it more difficult to let it go.) But, George and Shadow were two of my favorites. Their new owner sent me photos of them last night. My heart swelled.

And the thing is, though, I’m still not done. A handful of kittens have been spoken for, but with the storm two weeks ago, the process has been halted. I’ll have go through the tearing, the tears, the hug process at least a couple more times. Ugh!

But, again, I’m not the Crazy Cat Lady.

She doesn’t live here. But, in learning a little about myself through all of this, a woman who cares for animals and who loves big does live here. A woman who is willing to attach herself to a cute little kitten (or 17 of them!), then give them away to good homes does live here. And, a women who doesn’t have it all together, who is sensitive and sometimes shows her emotions, and who sheds tears in the messes of life, very much lives here.

But, the Crazy Cat Lady does not.

What are you learning about yourself this week? Our circumstances teach us about ourselves, don’t they??

From what I know, the kittens are thriving in their new homes. I know they are being loved on and cared for, and that makes it all so very worth it. I’m thankful I got to be a small part of these kittens lives, and I pray they are bringing joy into the lives of others.

Thanks for hanging out for a few moments with the Not Crazy Cat Lady today. Much love to you!

Check out my FREE RESOURCES, designed just for you. Included is my EMBRACING WHO YOU ARE printable. Click here to access these RESOURCES and receive extra encouragement for your day. 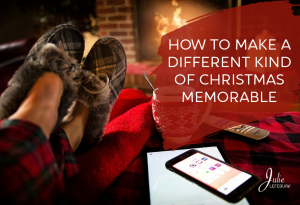 How To Make A Different Kind Of Christmas Memorable

END_OF_DOCUMENT_TOKEN_TO_BE_REPLACED 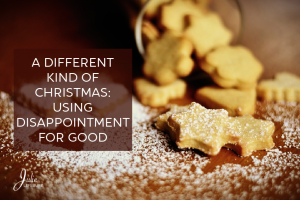 A Different Kind Of Christmas: Using Disappointment For Good

END_OF_DOCUMENT_TOKEN_TO_BE_REPLACED 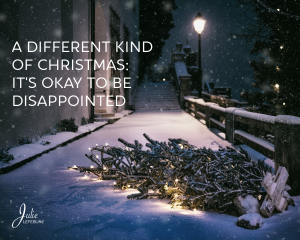 A Different Kind Of Christmas: It’s Okay To Be Disappointed